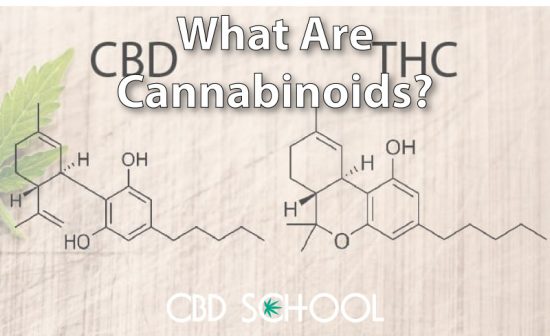 Cannabis is a species of flowering plant that has been cultivated since the beginning of mankind and is still used today for medicinal purposes, and a slew of other things. The cannabis plant contains relatively large amounts of what’s known as cannabinoids, which are basically natural chemicals within the plant.

There are well over one hundred different cannabinoids, all with their own unique molecular structure and potential health benefits.

Cannabinoids are cannabis-related chemicals, such as delta-9-tetrahydrocannabinol (THC), the main ingredient that also affects the brain and gives people who consume it a euphoric feeling. The cannabis plant contains more than 100 cannabinoids.

Check out a full list of cannabinoids by one of our trusted brands, New Phase Blends.

What Do Cannabinoids Do?

Depending on the type of cannabinoids, it may be able to accomplish different results after being consumed.

For example, many people are using CBD, or cannabidiol, these days in order to get relief from pain, anxiety, or a host of other issues.

People will use THC in order to get an intoxicating effect. Not all cannabinoids are psychoactive, though. In fact, only THC and derivatives of THC are intoxicating.

Cannabinoids as a whole can interact with specific cellular receptors that are present throughout our body and are called CB1 and CB2. Take a look at this image that outlines where these receptors are located:

The endocannabinoid system is also responsible for homeostasis. That is, maintaining the internal balance of the body, despite external conditions (e.g. temperature, pH).

CBD seems to have begun to dispel the myths and prejudices surrounding cannabis and has evolved into a natural dietary supplement used by millions of people around the world to stimulate their bodies, well-being, and health.

Cannabidiol (CBD) is a natural and herbal substance, which is one of the key ingredients in cannabis.

This substance has been the subject of extensive research and it has been proven that its beneficial action can offer stimulation, well-being, and protection of the body, while at the same time it can deal with an impressive list of diseases and ailments; from serious to incurable.

The striking fact about cannabidiol is that it can interact with the cellular receptors of the endocannabinoid system, but without binding to them, and thus manages to enhance the function and coordination of necessary functions, as well as to protect the body more effectively.

Cannabidiol has been shown to treat a vast list of ailments, both physical and mental. In addition, it has become an alternative form of treatment for people looking for a natural option to address their health issues. Let’s have a look at some properties of cannabidiol:

About 60 cannabinoid compounds have been identified and isolated from cannabis, most of which are found in minimal proportions. The most common cannabinoid that appears to have the most potent psychoactive properties is tetrahydrocannabinol (THC).

It is the main psychotropic substance of the hemp plant, isolated in 1964 by Raphael Mechoulam and Yechiel Gaoni at the Weizmann Institute in Israel.

Chemically, tetrahydrocannabinol is classified as an aromatic terpenoid. The main role of THC seems to be to protect the plant from pathogens. In addition, its high optical absorption in the UVB region of the ultraviolet (210-315 nm) protects the plant from dangerous sunlight.

THC just happens to have the right molecular structure to match the cannabinoid receptors, the specific binding sites in cells throughout the body. These specific sections are now known as sections of a larger, endocannabinoid system.

As cannabis continues to gain acceptance in the mainstream culture, more and more studies are coming to light that reveals the medical value of THC.

Most notable are the findings of THC as a possible cure for cancer, as studies in mice have shown that it can play a vital role in drastically reducing size and tumor prevalence. THC’s ability to fight tumors in animal models is incredible.

However, this cannabinoid has another superpower. THC is a powerful anti-inflammatory. Inflammation is a major factor contributing to a whole range of modern diseases.

Autoimmune and neurodegenerative diseases are two major health problems caused by inflammation. The strong nature of THC in the fight against inflammation is an important reason that helps in such a wide variety of diseases.

Cannabigerol is a non-acidic cannabinoid that occurs when the CBGA (cannabigerol acid) molecule is heated. The close chemical relatives of cannabigerol are cannabidiol (CBD) and tetrahydrocannabinol (THC).

Cannabigerol is not psychoactive. That is, it does not cause side effects in the body. Not even the well-known ‘fix’ caused by tetrahydrocannabinol (THC).

To be precise, cannabigerol is a non-psychoactive cannabinoid, which is quite similar to cannabidiol (CBD).

The benefits of cannabigerol (CBG) are closely linked to the way it works in the human body. At the right dosage, cannabigerol acts as:

Cannabigerol has just as great healing properties as cannabidiol (CBD) and can offer extreme benefits to the human body.

One of these benefits is a newly discovered ability to prevent the transmission of the virus responsible for COVID19 infection in humans. CBGA and CBDA both showed abilities to stop the viral transmission of COVID in human cells.

CBN is a breakdown product of THC and is found in mature cannabis plants, while it has about 25% of THC activity.

CBN is the first cannabinoid isolated, which was thought to be responsible for the psychoactive effects of cannabis before the discovery of THC. It shares a very similar chemical composition to THC and is thought to bind primarily to the CB2 receptor, but may also interact with the CB1 receptor.

CBN acts as an agonist at the TRPV2 receptor (a naturally occurring protein that regulates various biological systems in the human body). It also interacts with the body’s endocannabinoid system and can affect the function of many hormones and neurotransmitters.

To date, not all of its beneficial properties are known. Experiments are constantly being carried out to identify new applications. We now know that CBN:

Up until 2018, cannabinoids were not considered legal. This is mainly because of the presence of THC within the cannabis plant.

The Farm Bill of 2018 distinguished a difference between hemp and marijuana and legalized hemp and hemp-based products so long as the THC content remained at a level of 0.3% or less.

The only cannabinoid that is illegal is THC, because of how it creates psychoactive effects in people. You can only possess and use THC in states that have legalized recreational marijuana, or if you have a medical marijuana card.