Cannabidiol Effects in the Body Explained

Cannabidiol, or CBD, is a non-psychoactive cannabinoid found in marijuana and hemp. It has been used for centuries by humans for its medicinal benefits. When the body does not produce enough endogenous cannabinoids, it can benefit from boosting phytocannabinoids such as cannabidiol. In this blog, we’ll discuss cannabidiol effects on your body.

The human body contains an endocannabinoid system (ECS), which produces endocannabinoids on its own and can be stimulated by consuming phytocannabinoids – such as CBD. The ECS helps to regulate functions like mood and sleep.

CBD has been shown to reduce inflammation by interacting with the endocannabinoid system (ECS). The ECS is responsible for regulating homeostasis within the body and ensures that everything from your immune system to your nervous system remains balanced.

At this time, there is no conclusive evidence that CBD can cure any condition definitively; however, researchers have found it may be able to help treat many conditions that cause inflammation in the body.

These receptors play an important role in modulating pain perception like heat and inflammation.

Neuroinflammation is the process that occurs when white blood cells travel to the brain or spinal cord, causing inflammation and damage.

CBD has been shown to reduce neuroinflammation in both animals and humans with multiple sclerosis and stroke conditions.

Oxidative stress is an imbalance between reactive oxygen species and antioxidants in the body.

CBD has been shown to protect against oxidative stress by decreasing levels of reactive oxygen species and increasing levels of antioxidant proteins such as glutathione peroxidase (GPx), superoxide dismutase (SOD), and catalase.

Cannabidiol is not just known for its anxiety-reducing effects but also its antidepressant effects. Current research on the effects of CBD in human subjects is limited. Still, researchers have found that cannabidiol seems to decrease serotonin levels in the brain, which may be beneficial for sufferers of depression and anxiety.

However, more research is necessary to fully understand how cannabidiol can decrease serotonin levels and whether or not this decrease has a positive effect on mental health.

CBD can be used as a pain reliever. It interacts with receptors in the brain and immune system to reduce inflammation and interact with neurotransmitters. This results in pain relief that works to treat chronic pain from fibromyalgia, arthritis, and multiple sclerosis.

For example, if you suffer from back pain due to an injury or condition like scoliosis, you may find relief by using CBD. Consult your doctor before supplementing your medical plan with CBD.

CBD reduces anxiety by binding to serotonin receptors in the brain. Serotonin is a neurotransmitter that plays a key role in regulating mood and social behavior.

By binding to these receptors, CBD helps reduce symptoms of depression and anxiety by boosting mood and social behavior.

The human body produces its own chemicals similar to cannabinoids. When we consume cannabinoids from cannabis or other sources, our body responds by using its endocannabinoid system (ECS). Our ECS helps with appetite, sleep, pain regulation, and more.

It is not fully understood how CBD interacts with the ECS to produce antipsychotic effects in those who consume it. However, research has shown that CBD can help treat symptoms of schizophrenia by reducing psychotic symptoms.

CBD has also been shown to have antiemetic properties useful for people affected by certain conditions like cancer or anorexia nervosa.

The antiemetic properties of CBD can make it easier for people with these conditions to eat because it reduces nausea and vomiting.

In recent studies on mice, it was shown that cannabidiol (or CBD) can be used to treat colitis, an inflammatory disease of the colon. The results were promising: mice who took CBD had less inflammation than those who did not. In addition, they recovered from the disease more quickly. This suggests that CBD may be useful for treating inflammation caused by bacterial infections such as E. Coli and salmonella and other infectious diseases such as HIV and tuberculosis.

The immune system is responsible for defending the body against foreign invaders such as bacteria, viruses, and fungi. However, sometimes immune cells become overactive or underactive due to various reasons.

Overactive immune cells attack healthy tissue instead of foreign invaders; interactivity leads to weakness in fighting off infections and diseases caused by bacteria or viruses that have entered the body through some means (such as cuts).

Cannabidiol helps regulate these cells’ activity so that they work properly again.

The anti-nausea effects of CBD are especially promising for people who suffer from nausea from cancer treatments, such as chemotherapy or radiation therapy.

These treatments can cause nausea that is difficult to treat with conventional anti-nausea medications like metoclopramide (Reglan). However, CBD has been shown to reduce nausea and help patients regain their appetite after receiving these treatments.

One of the most well-known qualities of CBD is its neuroprotective qualities. CBD has been shown to reduce neuronal injury in rats. It has also been shown to treat multiple sclerosis, Alzheimer’s disease, and Parkinson’s disease.

In lab tests, CBD has been shown to improve motor function. It may also help with mood disorders such as anxiety and depression by reducing the number of stress hormones produced by the body during stress.

Another of CBD’s effects on the body is its anti-seizure qualities. It effectively treats epilepsy and other seizure disorders when used in combination with traditional treatments. In one study, CBD reduced seizures by 50%. It may also be effective at treating autism spectrum disorder due to its ability to reduce inflammation in the body and increase serotonin levels.

Cannabidiol (CBD) is one of the primary active ingredients in cannabis. While tetrahydrocannabinol (THC) may be a more familiar name to most people, CBD has been gaining attention as a popular alternative in medical and recreational use circles.

It has even been shown to have some potential benefits that THC does not. While some people may wonder if CBD can affect the body, scientists have found that it can provide several benefits.

This article covers some of the benefits of CBD. 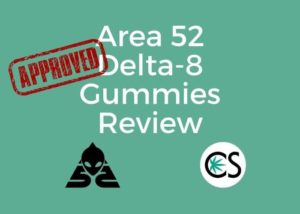 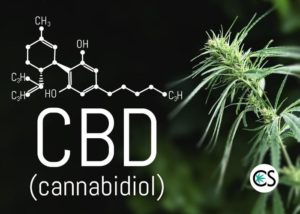 Cannabidiol Effects in the Body Explained

Kratom vs. CBD: A Complete Comparison