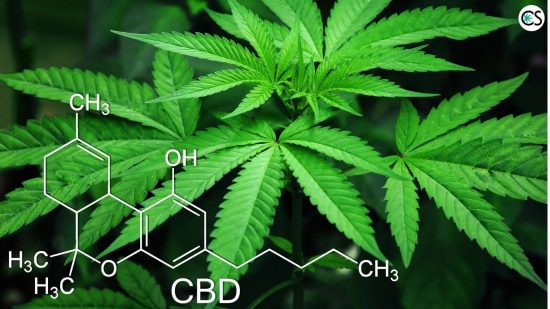 What is CBD Distillate?

CBD extraction has come a long way since its humble beginnings just a few short years ago.

While people were once dependent on simple extraction techniques, today’s world of state-of-the-art extraction is anything but simple.

One of the newest production processes is known as distillation…and it’s something making waves across the cannabis industry.

It’s even been said that THC and CBD distillate are the future of cannabis.

What exactly is cannabis distillate, though? And what makes it such a superior product?

What is Cannabis Distillate?

Distillation is defined as:

In regards to cannabis, distillation is a process that creates concentrates that are “cleaner” than other concentrates in that they’re pure on a molecular level.

Distillates are also one of the most potent types of concentrates that exist.

Distillation of cannabis allows for the extraction of cannabinoids that offer a pure, versatile, and potent product that has infinite potential as far as application is concerned.

The world of cannabis is definitely changing.

The process of cannabis distillation applies to both CBD derived from hemp, as well as THC derived from marijuana.

What makes THC and CBD distillate so beneficial?

For one, distillate is cannabis in one of its purest forms.

On average, cannabis distillate contains around 80 percent CBD from hemp or THC from marijuana.

The remaining 20 percent is comprised of other minor cannabinoids, terpenes, and various other oils and plant extracts.

For another, because cannabis distillate is so highly concentrated, it’s one of the most potent cannabis products there is.

Whether you’re a medical patient that uses CBD or THC for its therapeutic benefits, or are simply interested in using THC recreationally, CBD distillate packs a powerful and potent punch.

You can use far less product to get similar results.

How is Cannabis Distillate Made?

THC and CBD distillate are made a bit differently than other cannabis concentrates like wax, shatter, etc.

Before distillation, there were typically two principal methods of producing cannabis concentrates.

One used a solvent (like butane or alcohol) to extract cannabinoids, terpenes, and flavonoids from the plant.

Using solvents like these is how concentrates such as shatter and wax are made.

The other (sometimes referred to as solventless extraction) uses pressure or rinsing extraction techniques to isolate cannabinoids and terpenes from the plant matter.

Using such methods results in concentrated cannabis products like rosin and bubble hash.

High pressure, solventless extraction is also the most commonly used method used for extracting CBD from hemp to make CBD products like tinctures, capsules, and topicals.

Like most things, both extraction processes have their pros and cons.

There can be residual solvents or plant matter found in the final product. While potent, these concentrates aren’t exactly pure.

Distillation is an extraction process that separates and refines cannabinoids at a molecular level.

That’s exactly what it is. A product that’s virtually pure cannabinoids.

So, how exactly is cannabis distillate made?

The Process of Making Cannabis Distillate

To fully isolate cannabinoids like CBD and THC there are several refinement processes that must take place.

The production of cannabis distillate begins with crude extraction, or the primary extraction methods that uses a solvent or physical means to extract various cannabinoids.

Remaining impurities in this extracted oil (fats, lipids, and other various compounds) must then be removed in order for the oil to be separated even further.

The next step of creating cannabis distillate is a process known as winterization.

This method mixes the crude extract with ethanol, where it is then placed in a very cold environment for 24-48 hours.

Any remaining impurities congeal in the cold temperatures and separate, where they fall to the bottom of the container.

This process is very similar to that of baking a chicken. Think about it.

When you bake a chicken, the excess grease and juices (aka impurities) drip down into the pan and then coagulate when cooled.

During winterization, the crude extract and ethanol solution is passed through a filter, where the ethanol is removed.

This is typically done using a rotary evaporation technique.

The next step in the processes of producing cannabis distillate is what’s known as decarboxylation.

Without heat, cannabinoids aren’t active and are instead in their original acid state.

Decarboxylation is what happens every time someone lights up a joint.

It’s when cannabis is heated to the point that the therapeutic benefits of various cannabinoids are activated.

Here it is put in a short path steam distillation or frational distillation chamber several times in order to purify the desired cannabinoid (typically CBD or THC) into a pure, isolated state.

Short path distillation uses vacuum pressure, heat, and steam to influence boiling points to expose compounds to cooler temperatures when they are passed through the distillation chamber.

Depending on what technique is used, cannabinoid compounds can be fractionated by themselves or together for collection.

Distillate could go through this process several times in order to create the purest substance possible.

The final product of cannabis distillation is sap that is very similar to extremely refined honey.

The fine art of distillation is popular for both CBD and THC, and the application of distillate products reaches far and wide.

Remember, cannabis distillate is almost as close to pure cannabinoid oil that you can get.

This means that whether you’re accustomed to using products that contain THC or CBD (or both), you’re getting one of the purest forms of that cannabinoid possible.

Distillate can either be used as it is (a virtually tasteless and odorless compound) or mixed with other products to create a powerful therapeutic application.

If you’ve been around the CBD scene for a while, you might’ve heard of CBD isolate.

While CBD distillate is considered a pure product, CBD isolate is the purest form of cannabidiol (CBD) there is.

CBD isolate is processed to a point where any remaining minor cannabinoids, terpenes, flavonoids, or residual plant matter is removed.

This results in a product that is roughly 99 percent pure CBD.

When CBD isolate is produced, EVERYTHING is filtered out of the oil except for cannabidiol.

When CBD distillate is produced, there is still a bit of residual matter that remains in the final product, including some minor traces of other cannabinoids, terpenes, and more.

How Do You Use Cannabis Distillate 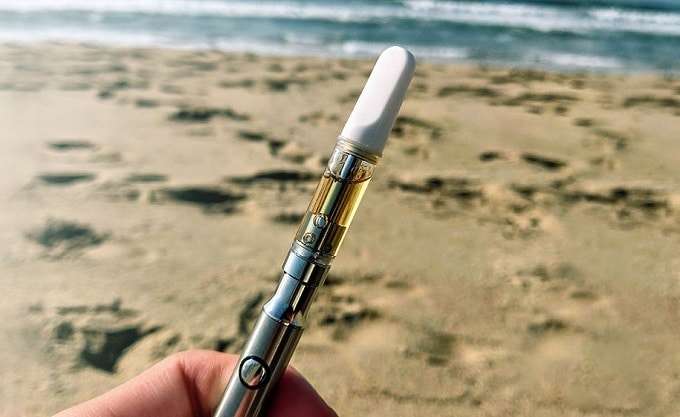 There are several ways to enjoy cannabis distillate.

The following are a few different ways to use it.

Both CBD distillate and THC distillate are commonly used like other concentrates and consumed by dabbing with a dab rig or inhaled with a vape pen.

Dabbing or vaping cannabis distillates offers the quickest, most potent application, with effects that can be noticed almost immediately.

Dabbing or vaping distillate generates a virtually odorless, tasteless vapor (unless it’s been flavored with something else).

Adding THC distillate to flower in a bowl or joint is a popular way to intensify the psychoactive effects, without compromising the flavor or smell of the flower.

Vaping or dabbing CBD distillate can also offer quick therapeutic effects that can be beneficial to those with more serious problems.

Not everyone likes to dab or smoke their cannabis.

Distillates make an awesome addition to edibles and allow anyone to easily cook with cannabis.

Because distillate has already gone through decarboxylation, it’s activated and ready to go.

And because it’s virtually odorless and tasteless, your dishes won’t taste like weed.

Cannabis distillates make preparing edibles at home easier than ever. Just don’t forget that when it comes to cannabis edibles, a little bit goes a long way.

If you plan on using THC or CBD distillate in your home cooking, be sure to introduce distillate to your favorite dishes in low doses (5mg or less) until you find that sweet spot that works perfectly for you.

Cannabis-infused topicals and CBD beauty products have become one of the most popular markets that exist.

Simply add cannabis or CBD distillate to a bit of coconut oil and you’ve got a great base to make a plethora of different DIY cannabis-infused topicals and beauty products.

The Pros and Cons of Cannabis Distillate

Just as with other cannabis products, cannabis distillate comes with both pros and cons. Here we’ll take a brief look at both.

While cannabis distillate is one of the purest and most potent forms of cannabinoids like THC and CBD you can find, it isn’t without its drawbacks.

By far the biggest criticism of this type of extracted concentrate is that it contains very few terpenes (if any) that work in harmony with cannabinoids like THC, CBD, and others to create the synergy known as the entourage effect.

Another criticism of cannabis distillate is by those that ascertain that it is the start of “engineered” cannabis.

This, however, isn’t likely to stop the rising popularity of THC and CBD distillate products.

Cannabis distillates are some of the most potent forms of isolated cannabinoid products you can find.

As an almost odorless and tasteless way to reap the benefits that both THC and CBD provide, cannabis distillates are most likely here to stay.

Something great about the potency of cannabis distillates is that you can use less of them than other traditional CBD and THC products to achieve the desired effects.

Thus you don’t need to consume as much product.

It can be used on its own, added to your favorite recipes to create some amazing edibles, or used in topicals to provide quick localized relief to sore muscles and other various aches and pains.

Although one of the newest products to hit the cannabis scene in some time, distillate is already becoming one of the most popular products that exists amongst manufacturers and producers in the cannabis industry.

This advanced technology is bound to create some serious changes to the way we benefit from cannabinoids like CBD and THC, offering a pure, potent alternative to many products on the market today.