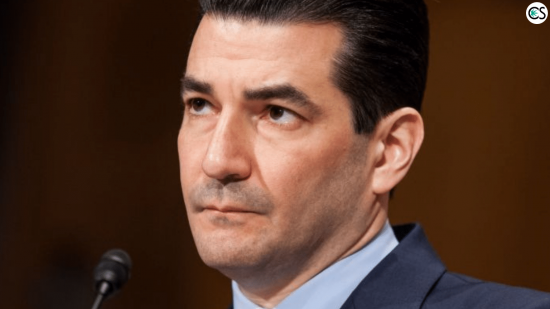 This meeting, set for April, could now be delayed as FDA Commissioner Scott Gottlieb has announced his resignation.

As far as CBD regulation is concerned, this is huge.

While Gottlieb’s reasons for leaving the FDA have not been made public, his decision has come as a big surprise.

It’s been less than two weeks since Gottlieb told the House Appropriations Committee that the FDA was “deeply focused” on establishing new rules for regulated CBD.

“We’ve taken on other hard challenges before,” Gottlieb said. “You have my commitment I’m focused on this one.”

Apparently, this commitment has been broken.

Gottlieb said last week that he was organizing a group of senior officials to write regulations concerning CBD.

He then said that the first public hearings would be held in April. But as things now stand, Gottlieb is set to be long gone from the FDA by then.

When one well known cannabis investor was asked if Gottlieb’s resignation was good or bad for the legal CBD industry, he remarked that this is the “billion-dollar question.” He mentioned that things could go either way.

It’s the FDA that’s responsible for regulating CBD. And without Gottlieb’s successor yet named, the future of CBD is uncertain.

If the newly-appointed FDA Commissioner is in support of CBD and hemp legalization, it’s likely things will continue moving forward without a hitch.

If they’re unsupportive of CBD, we could see things stalled for an undetermined length of time.

Jonathan Havens is a former regulatory counsel at the FDA, co-chair of the Cannabis Law Practice, and vice-chair of Food and Beverage practice at Saul Ewing Arnstein & Lehr.

He says that Gottlieb mentioned the FDA was open to alternative pathways regarding CBD approval.

“In times of transition,” said Havens, “issues like this that are not of highest priority could get delayed.”

Again – Unfortunately we’re in the dark with you on this one.

“Anyone who follows FDA rule-making knows this is not a six-month process,” Havens told MarketWatch.

“Gottlieb has said to do it quickly, the FDA may come back to Congress and say, ‘we might need to delegate different authority or make a new bill.’”

The upcoming meeting Gottlieb announced for April was set to clear up some of the confusion around new CBD regulations.

Now that Gottlieb has stepped down, the confusion surrounding these laws could extend for an indeterminate length of time.

There’s no denying that when it comes to CBD, regulation is something desperately needed.

Until now the market has been largely unregulated, and that has spurred an industry where “anything goes.”

One of the most celebrated aspects of the passing of the 2018 Farm Bill was the regulation it would bring to the “wild west” status of the CBD frontier.

What happens next from here is anyone’s guess…

We’ll be sure to keep you posted on updates.