How To Make CBD Hand Sanitizer 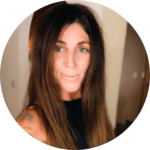 Have you used more hand sanitizer in 2020 than you ever have in your life?

The global use of hand sanitizer has soared over the past year1 and is projected to grow steadily through 2026.

Did you know making your own hand sanitizer is really easy to do? Throw a little CBD into the mix and you’ve got a DIY hand sanitizer with its own unique benefits.

In this article, we’ll discuss how to make CBD hand sanitizer, which will allow you to take your efforts to keep yourself and others safe, literally into your own hands.

Before we get into how to make CBD hand sanitizer, let’s take a quick look at how hand sanitizer helps keep you protected, how CBD might be of benefit, and why you might want to make your own.

In order to protect yourself and others, the Centers for Disease Control and Protection (CDC), recommends2 washing your hands often for at least 20 seconds, especially if you’ve been in a public place or after sneezing, coughing, or blowing your nose.

If soap and water aren’t accessible, the CDC recommends using a hand sanitizer that contains at least 60% alcohol (ethanol or isopropyl) ensuring to cover all surfaces of the hands and rub them together until they feel dry.

Alcohol is the main ingredient in hand sanitizers, which is largely what’s responsible for killing any potential bacteria you come in contact with. According to a 2014 review3, alcohol works to kill bacteria and pathogens that can cause disease by breaking cells down into pieces, changing the cell’s metabolism, or breaking apart cell proteins.

While the alcohol found in hand sanitizer is key to killing germs, it’s also extremely drying and prolonged exposure can wreak havoc on one’s skin. Add this to increased handwashing frequency and dry, cracked hands can become a serious problem.

Making your own hand sanitizer is easy, and it’s awesome because you can choose what ingredients go in it.

Why Use CBD Hand Sanitizer?

There are a couple of reasons you might want to consider a CBD hand sanitizer.

CBD and other major cannabinoids contain proven antibacterial properties4. Scientists are even looking towards CBD to help fight superbugs for resistant infections.

Research regarding the efficacy of CBD as a powerful antibiotic5 was recently presented at the American Society for Microbiology’s (ASM) annual meeting. Scientists found that not only does CBD contain “a very similar potency to that of antibiotics” but that CBD also kills bacteria twice as fast as some of the most common antibiotics, such as vancomycin and daptomycin.

CBD demonstrated the ability to disrupt the bacteria’s biofilm, a thin layer around bacteria that makes it harder for antibiotics to penetrate and kill the bacteria. According to researchers, the disruption of the biofilm is important because it’s a part of the entire infection process, aiding the bacteria “to attach and survive” to whatever surface or host it comes in contact with.

While we’re not suggesting you ditch conventional medicine and use CBD as a self-treatment for infections, preliminary research has found that it’s a powerful antibacterial, which we believe makes the perfect addition to a product designed to kill bacteria.

As you probably know, COVID-19 is not a bacteria but rather a virus, so the research above doesn’t exactly apply to the current pandemic we’re all facing.

That being said, researchers are looking at the potential of CBD for COVID-196. In November 2020, a group of researchers presented the hypothesis that CBD has the potential to limit the severity and progression of the disease for a few different reasons, including:

CBD may also help hands from drying out from too much washing and increased hand sanitizer use, all while improving the health of the delicate skin on your hands at the same time.

In case you weren’t aware, the skin contains its very own endocannabinoid system (ECS). It’s said that the major function of the skin’s ECS is the regulation of the growth, maturation, survival, and death of skin cells.

Seeing that human skin is brimming with cannabinoid receptors and naturally occurring endocannabinoids and CBD is known to support ECS function7, it makes sense that when applied topically CBD would relieve dry skin.

See how CBD might be beneficial when added to hand sanitizer whose primary ingredient is alcohol, a substance known for its drying effect on the skin?

How To Make CBD Hand Sanitizer

Yes, that’s it! We told you that learning how to make CBD hand sanitizer was easy.

What about the other ingredients included in this CBD hand sanitizer recipe?

You’ve learned about the power of alcohol in combatting germs and why CBD might be effective in a hand sanitizer, but what about the addition of witch hazel, glycerin, tea tree oil, and essential oils of your choice?

As it turns out, the other ingredients used when you make CBD hand sanitizer each plays an important role in the product itself.

Not only is learning how to make CBD hand sanitizer easy, but it contains its very own list of potential benefits. It’s also a fun DIY project, with a simple list of ingredients you’ve probably got at home.

Keep in mind that this article is not written as medical advice and that CBD hand sanitizer should not be considered medical treatment for COVID-19.

1$8.26 Billion Worldwide Hand Sanitizer Industry to 2026 – Outbreak of COVID-19 is Driving the Market

2Covid-19: How to Protect Yourself & Others (Center for Disease Control)