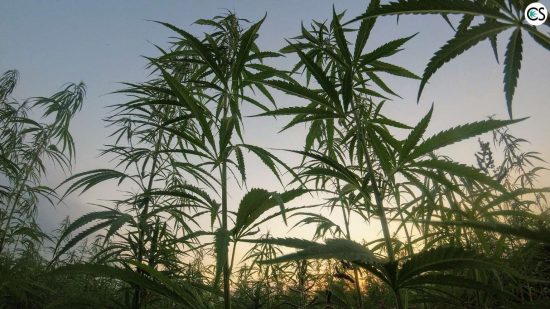 The final version of the 2018 Farm Bill was released Monday, ending months of debate.

The final version of the Farm Bill must be voted in by Congress, which could happen as early as Wednesday.

It will then be sent to President Trump’s desk for a final signature.

If passed by the House and the Senate and signed by President Trump, hemp legalization will begin January 1, 2019.

And then… for the first time in decades, hemp will be federally legal to grow in the USA.

The provision to the original Farm Bill will allow US farmers to cultivate, process, and sell hemp.

It extends beyond the 2014 Farm Bill that permitted state departments and universities of agriculture to cultivate hemp for limited research purposes.

One of the biggest issues that remained while the new version of the Farm Bill was being debated was a ban that would deny anyone with a felony drug conviction from working in the hemp industry.

The final version put an end to this controversial issue once and for all.

Anyone convicted of a felony drug conviction will be permitted to participate in the hemp industry after 10 years of their original conviction.

Rep. Earl Blumenauer (D-OR) had the following to say in a press release:

“While this Farm Bill is a missed opportunity, there are some good provisions. One of those provisions is to roll back our senseless hemp prohibition.

“Our forefathers would be rolling in their graves if they saw us putting restraints on a versatile product that they grew themselves. We have farmers growing thousands of acres of hemp in dozens of states across the U.S. already.

You can have hemp products shipped to your doorstep. This is a mainstream, billion-dollar industry that we have made difficult for farmers. It’s past time Congress gets out of their way.”

Senate Majority Leader Mitch McConnell (R-KY) has been the head advocate of the provision included in the Farm Bill that would legalize industrial hemp.

McConnell was the one to sign off the final version of the 2018 Farm Bill on Monday…and he did it using a pen made from hemp.

“Making it official with my hemp pen,” McConnell tweeted on Monday.

“Proud to have served as conferee on Farm Bill and to fight for Kentucky priorities.”

Making it official with my hemp pen!🖋️ Proud to have served as conferee on #FarmBill & to fight for #Kentucky priorities. With today’s signature, my provision to legalize industrial #hemp is 1 step closer to reality. Looking forward to voting YES on this bill & sending to @POTUS pic.twitter.com/8ypwBebXy7

What does this all mean for farmers and people interested in becoming part of the industry that want to grow and process hemp?

Will they still need to obtain licenses, or will it be a free-for-all like it is with other crops such as corn or soybeans?

These are questions that have yet to be answered.

Some measures in the amended version of the Farm Bill, however, include:

When Senate votes on this legislation in the coming days, we will also be voting to give farmers throughout the country the chance to tap into hemp’s potential and take part in its future.”

Once Trump signs the final version, we will be cracking open the champagne and celebrating the new year with you!