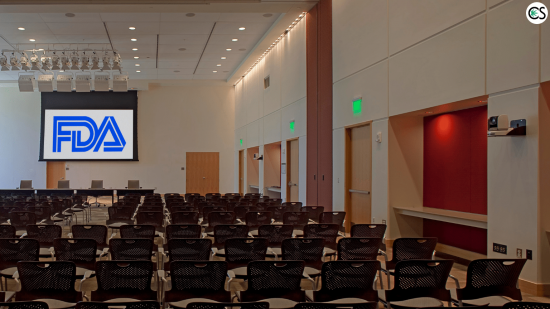 Come this April things will start getting real as far as legal CBD is concerned.

FDA Commissioner Scott Gottlieb announced on Wednesday that the Food and Drug Administration will hold its first public hearings on CBD in April.

The agency is currently considering rules that would allow CBD companies to add cannabidiol to food products.

When hemp was federally legalized with the passing of the 2018 Farm Bill, the FDA contended that it was illegal to add CBD to food products.

And in a few states, there was a crackdown on CBD, with authorities demanding some businesses remove CBD edibles from their shelves.

“We’re deeply focused on this,” Gottlieb said to the House Appropriations Committee. “We have taken on other hard challenges before. You have my commitment I’m focused on this one.”

As focused as Gottlieb may be to set out new rules, he also cautioned that establishing rules related to CBD products won’t be a “straightforward” process.

He did, however, let on to an idea of how things might pan out.

He implied that high concentrations of CBD could be regulated as a drug with stricter control.

Lower concentrations, on the other hand, would be classified as food products that are much easier to review.

Gottlieb also mentioned that there are several potential benefits associated with CBD and that a regulatory process for pharmaceutical-grade CBD could lead to current drug manufacturers to research the compound and create CBD-derived drugs.

Hopefully Gottlieb will stay true to his intentions and take CBD regulation seriously. Many people are waiting on clarity.

Hemp, as we all know, was banned for almost a century.

Now that it’s legal, it’s likely going to take a while before regulations are permanently established.

Legal hemp is HUGE. And it’s a far more complex change than anyone might’ve anticipated.

“There is not a good proxy for us doing this through regulation,” said Gottlieb, “and if we get comments back and find this is sufficiently complicated for the agency, we will come back and have a conversation with Congress on with how we might be able to work together on this.”

He went on to say that Congress might have to intervene with further legislation if the FDA believes it will take two or more years to put the new rules into action.

Until now, the CBD industry has been highly unregulated.

Which means there were no “rules” set out that forbade companies and business to add CBD to food products, which led to the addition of CBD in food products in several cities across the nation.

CBD cocktails have become one of the hottest trends to hit bars in progressive cities like Los Angeles, New York, and San Francisco. CBD-infused coffee is more common than you might think.

In September, even Coca-Cola hinted that they wanted in on the action.

The non-psychoactive cannabinoid is added to smoothies, cupcakes, and other culinary creations in countless establishments across the country.

CBD added to food and drink is big business. And the FDA is going to have the last say for now on how these products will be regulated.

The upcoming meeting announced by Gottlieb on Wednesday should clear up some of the confusion surrounding the new regulations set for an industry that has been largely unregulated since it began.

Nearly everyone in the the industry is looking forward to clear regulation.

The hardest part for business owner and consumers is a lack of straightforward laws regarding CBD products.

How will things pan out on the newly legal CBD front?

It’s something that remains yet to be seen.

We’ll keep you posted on any updates and let you know just what happens in the first-ever FDA meeting about legal hemp derived CBD.-