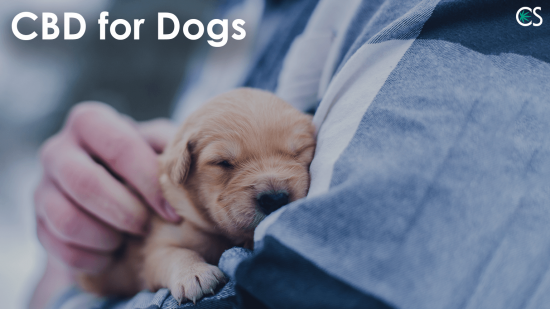 From CBD School: if you are an animal lover, get the Kleenex out. The post below is the incredible story of one dog’s triumphant victory over pain with the help of CBD.

Two years ago I made the best decision of my life.

I drove 45 minutes from the college town I so happily lived in (at the time it was more of “survived”) to Dusty Puddles Dachshund Rescue.

The howls and cries of the furry friends residing at the sanctuary confirmed my decision – I was ready to take on the responsibility of a dog.

Excited yet timid pups made their way to the front of their cages, proudly jumping and speaking to me, their potential pal.

I carefully made my way through the aisles, inspecting the faded medical and behavioral notes on the top right corner of every cage.

Before I even looked at his records, a tiny, orange colored “Chiweenie” (Chihuahua and Dachshund – yes they are as adorable as they sound) scurried past his brothers and sisters to the slip in the door and jumped as high as his 3-inch legs would take him. 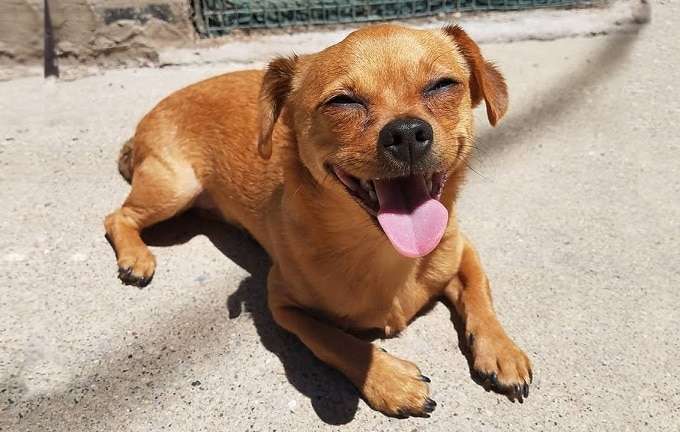 I knew he was the one.

Martini, or Teenie as he would quickly become, was eight weeks old and weighed just over 4 lbs.

Usually, the rescue required puppies to stay in their care until they reached ten weeks of age, but Teenie was an unusual case.

A group of storm chasers found Teenie, his two brothers, and sister in a cardboard box on the side of the road.

Teenie was the runt of the pack, as he was nearly half the size of his siblings.

While I’m sure they meant well, his brothers and sister roughhoused a bit too much with him and left Teenie with an injured and infected back leg.

Due to the limited space and potential for further injury at the rescue, I had the option to take Teenie home early.

A few signed papers later, my life was forever changed.

Teenie is my best friend. He knows when I’m feeling down, scared, or tired.

He greets me every time I walk through the door with the happiest tail wags and kisses.

He instantly makes me smile and fills my heart with so much more love than I thought was possible.

Teenie’s back leg, while no longer infected, still gave him trouble. Minutes into his walks he would start limping.

He often woke me up in the middle of the night whining and nibbling at his limb.

The veterinarian tried a few different medications, but nothing seemed to help.

In fact, a few of the medications seemed to worsen the situation by decreasing his appetite and strength.

Worried about the long-term effects of the ineffective prescriptions, I began researching on my own. 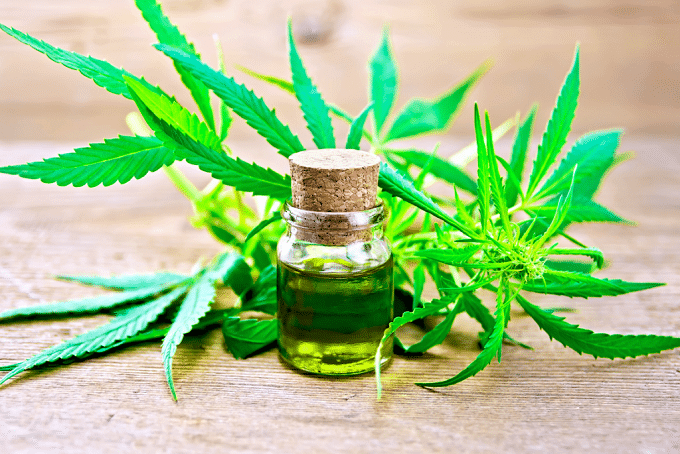 CBD, or cannabidiol, is an organic compound found in the cannabis plant. CBD is known for its non-psychoactive medicinal properties.

Unlike the compound THC, CBD doesn’t get you “high.” CBD gained popularity in 2013 when CNN published an article showcasing the remarkable effects of CBD on Charlotte Figi, a 4-year-old girl with Dravet Syndrome.

This rare and devastating syndrome plagued Charlotte with over 300 grand mal seizures a week.

After months of ineffective prescription treatment, her parents were willing to try anything.

Charlotte’s parents watched a video of a boy in California with the same condition relieve his symptoms with the use of CBD. They decided to give it a try.

Within hours, the seizures stopped.

By administering just two dosages of CBD oil per day, Charlotte’s symptoms dramatically decreased from 300 seizures a week, to only two to three seizures per month.

As the medicinal use of cannabis becomes more widely accepted, the research and accessibility of CBD continue to grow.

But what does this have to do with dogs?

Much like their human counterpart, dogs have an endocannabinoid system.

These receptors located in the nervous system play a role in regulating our appetite, pain, inflammation, nausea, and the effects of cannabis.

Once I discovered the beneficial properties of CBD, I began to search for a pup-focused remedy.

The anti-inflammatory, pain relieving oil sounded too good to be true.  I called my veterinarian, and to my surprise, was left with more questions than answers.

While she didn’t immediately disagree, her hesitant and puzzled nature left me unsure of this decision.

My veterinarian, concerned with the lack of research and own knowledge of the plant, advised me to carefully study the information that was released, and proceed with caution.

Valuing the opinion of a professional, I did just that.

The information and testimonials I found were overwhelmingly in favor of CBD use.

While CBD is a non-psychoactive compound of the hemp plant, and many non-psychoactive hemp products are found online and in-stores, the legality (and misinformation) provided by the DEA has been questionable.

I needed to find an entirely legal, hemp (not marijuana) CBD extract that did not contain any THC.

After a quick Google search, I found a wide variety of companies that offered just that. All of the reliable companies I found shipped right to my door!

how to give your dog cbd 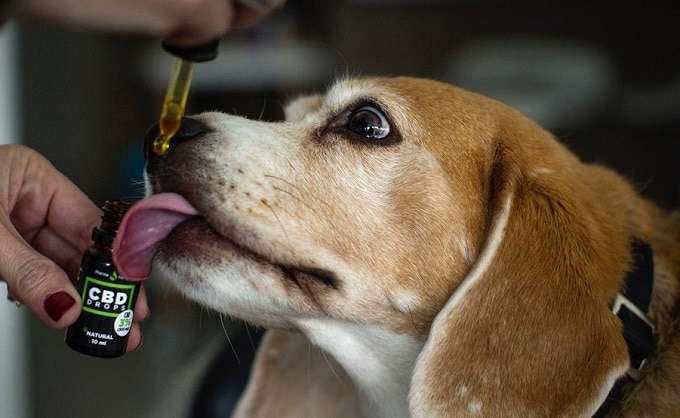 CBD extracts are available in capsules, tinctures, medicated treats, and even topical remedies.

After weighing my options, I decided to go with a tincture.

The dropper gave me the ability to accurately measure the amount I was giving Teenie, and adjust accordingly.

The medicated treats seemed like a perfect option for those who have difficulty getting their dog to consume a capsule or dropper.

Teenie was pretty accustomed to tinctures, so I started with that.

I ordered one 30ml solution. The label read, “Our CBD Hemp Oil is exclusively sourced from organic European hemp farmers, we use the whole plant, and we extract our oils using solvent free, supercritical CO2 methods.”

The suggested use was one full dropper, twice daily, adjust amount as needed.

A full dropper contained a total of 11.2 mg of hemp oil (from seeds and stalks) with 3.3 of those milligrams being CBD.

The only other ingredient listed was coconut oil. It seemed straightforward enough.

Call me crazy, but I wanted to be extra careful in this process, so I tried a bit myself. 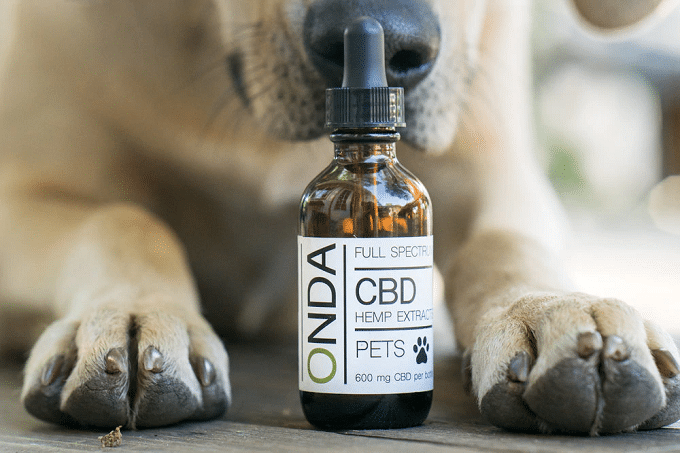 While the bottle was labeled for pets, the only ingredients listed were hemp oil, CBD and coconut oil (the solution was unflavored), all completely natural and suitable for human ingestion.

I consumed one dropper and waited 24 hours before administering the medication to Teenie.

I didn’t experience any adverse effects; in fact, the cramps I had been experiencing due to “that time of the month” had decreased.

It was time to give this alternative solution a try.

I called Teenie over and filled the eyedropper with the suggested dosage. Before I could even open his mouth, he began licking the tincture!

Unlike most medicated solutions he had tried, Teenie was interested in the taste and smell of the organic CBD medication.

After a few hours had passed, I decided to take Teenie on a walk.

While his excitement never wavered, his back leg usually bothered him enough to stop and sit down, prompting me to carry him home.

Beginning the new journey, I immediately noticed a difference. Teenie had increased his pace, sniffing and climbing up and down the yards, something I’d never seen him do.

We continued past blocks previously unexplored, making it to the park I always wished he could enjoy.

I was in tears. My pup, who had come to accept the chronic pain in his leg, was given a second chance.

I let Teenie off the leash and watched him run free at the park while I tearfully reflected on the second best decision I ever made – CBD medication.

How much cbd should i give to my dog?

For the first month of treatment, I continued to administer the solution at a rate of 1-1.5 droppers per day.

The results were remarkable. Teenie rarely, if ever, whined or nipped at his injured leg.

He regained his appetite, energy, and life. After two months of the same medication schedule, I decided to lower his dosage.

Now, at only one dropper every 3-4 days, Teenie enjoys a pain-free life. Teenie found relief for his chronic pain from the use of a CBD tincture.

Where traditional medicine failed, this organic, all-natural solution exceeded beyond my wildest dreams.

If your dog (or cat) is experiencing chronic pain, inflammation, cancer complications, seizures, arthritis, or the difficulties that come with aging, I highly suggest looking into CBD treatment.

While it may not be as effective for every pup, I cannot stress the benefits for my dog enough.

Please follow the safety guidelines for dosage; it’s always better to start small and work your way up after you can evaluate the impact it will have for your pet (“START LOW, GO SLOW”).

While adverse reactions are rare, if your pet is experiencing any negative side effects, discontinue use of CBD immediately.

If you are looking for an all-natural solution to your dog’s ailments, I suggest researching multiple companies who provide a safe, legal CBD hemp oil solution for your best friend’s needs.

While adopting Teenie was the best decision I ever made, trying the CBD treatment will always be a close second.