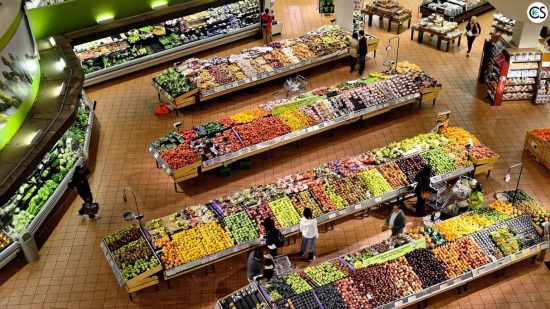 The New CBD Crackdown: What Does it Mean?

Just when ya thought the 2018 Farm Bill was going to save the world of CBD…authorities in several states have stepped in to order that CBD edibles be removed from store shelves.

Why all the fuss?

According to the powers that be, CBD isn’t a federally-approved food additive.

In Maine, authorities have ordered that CBD edibles need to be removed from store shelves.

Just a couple weeks ago, authorities in the Pine Tree State (aka Maine), began to demand that “all foods, tinctures, and capsules” that contain CBD extract need to be expunged from stores.

The Maine Department of Health and Human Services says that CBD isn’t approved as a food additive by the FDA.

According to the Portland Press Herald, however, CBD in Maine won’t be disappearing altogether.

Health inspectors let business owners know they can still sell CBD products that can be vaped, smoked, applied topically, or worn as a subdermal patch.

In New York, health inspectors have forced some restaurants to stop selling food that contains CBD.

Fat Cat Kitchen, a Gramercy Park neighborhood restaurant and bakery, had officials from the New York health department take about $1,000 of CBD edibles of their shelves when the new crackdown on CBD started at the beginning of February.

All CBD edibles were placed into a Ziploc baggie with a label from the New York Department of Health and Mental Hygiene that says “embargoed.” 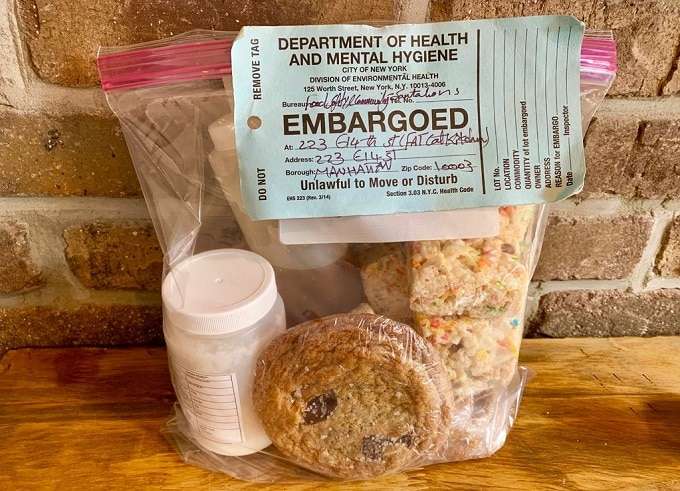 Co-owner of Fat Cat Kitchen, C.J. Holmes, says that the DOH visited at least twice in the very recent past but said nothing regarding the CBD edibles, even though the cannabidiol goodies are advertised outside on a board.

“This is crazy,” Holmes told Eater, a New York food blog. “They couldn’t even intelligently explain to me exactly what the problem was when I spoke to them on the phone.”

According to the New York Times, Holmes says that health inspectors that came to demand her CBD products be removed were vague about their intent.

She said that eventually, the health inspectors grabbed the CBD edibles, raw cookie dough, and CBD powder that was used for baking, tossed it all into a plastic bag, and stapled it shut.

Holmes is still in possession of the plastic bag.

A statement by the New York Health Department said that New York City eateries aren’t “permitted to add anything to food or drink that is not approved as safe to eat.”

So now it seems, CBD edibles are being removed from store shelves across the country.

According to one Raleigh news report, state regulators have started to crack down on CBD, namely food products that contain the non-psychoactive cannabinoid.

According to North Carolina Assistant Agricultural Commissioner Joe Reardon, CBD that comes in packaged food has the potential to end up in the wrong mouths.

Similar situations have already been taking place in California, where the state Department of Public Health announced in July that CBD can’t be added to food, even if it comes from hemp.

Why is all this happening now?

Especially when CBD has already been sold in edibles for some time and the 2018 Farm Bill that legalized hemp and hemp-derived products was just passed.

In a statement that clarified its stance on CBD products after the passing of the 2018 Farm Bill, the FDA emphasized that while hemp is no longer considered illegal under federal law, the FDA will continue to regulate all cannabis products under the Food, Drug, and Cosmetic Act (FD&C Act) and section 351 of the Public Health Service Act.

In the statement, the FDA reinforces the fact that CBD added to any food products or dietary supplements is against the law.

According to the statement from the FDA:

Additionally, it’s unlawful under the FD&C Act to introduce food containing added CBD or THC into interstate commerce, or to market CBD or THC products as, or in, dietary supplements, regardless of whether the substances are hemp-derived. This is because both CBD and THC are active ingredients in FDA-approved drugs and were the subject of substantial clinical investigations before they were marketed as foods or dietary supplements. Under the FD&C Act, it’s illegal to introduce drug ingredients like these into the food supply, or to market them as dietary supplements. This is a requirement that we apply across the board to food products that contain substances that are active ingredients in any drug.

We’ll take enforcement action needed to protect public health against companies illegally selling cannabis and cannabis-derived products that can put consumers at risk and are being marketed in violation of the FDA’s authorities. The FDA has sent warning letters in the past to companies illegally selling CBD products that claimed to prevent, diagnose, treat, or cure serious diseases, such as cancer. Some of these products were in further violation of the FD&C Act because they were marketed as dietary supplements or because they involved the addition of CBD to food.

While products containing cannabis and cannabis-derived compounds remain subject to the FDA’s authorities and requirements, there are pathways available for those who seek to lawfully introduce these products into interstate commerce. The FDA will continue to take steps to make the pathways for the lawful marketing of these products more efficient.

Basically, the current crackdown is something the FDA warned the public they would do.

What now? What about the future of CBD in these states and beyond?

As we’ve all seen for years, cannabis law is rapidly changing across the US.

Now that CBD is recognized at a federal level where it is not recognized as “safe” to be added to food products, CBD edibles are considered unlawful for now.

The next time you head out and want to order a CBD cocktail or have CBD added to your coffee at your local café, you might be a bit disappointed.

In the years to come, we can pretty much guarantee that CBD in food products will be regulated and 100% legal.

Until then, we’ve hit yet another roadblock in fully embracing the full potential cannabis contains.

Questions? Comments? We’d love to hear your thoughts below.