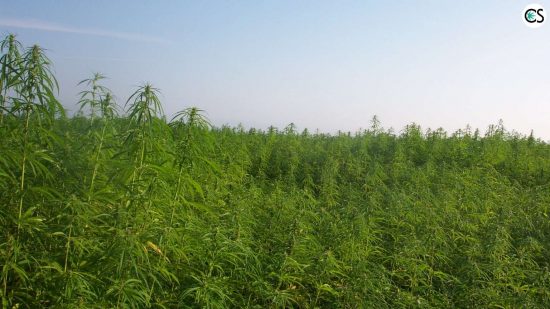 On Thursday, Republican Senate Majority Leader Mitch McConnell tweeted he was “pleased that my provision to legalize industrial hemp is included in the Farm Bill.”

The House and Senate say there’s “still more work to do” but announced they have finally come to an agreement over discrepancies they had regarding the 2018 Farm Bill and are in the stages of completing “legal and report language.”

According to the bill, hemp is defined as: “the plant Cannabis sativa L. and any part of that plant, including the seeds thereof and all derivatives, extracts, cannabinoids, isomers, acids, salts, and salts 12 of isomers, whether growing or not, with a delta-9 tetrahydrocannabinol concentration of not more than 0.3 percent on a dry weight basis.”

This language was comprised in the Senate-passed version, however, the House stayed silent, which led to the need for a bicameral conference commission to resolve the matter.

“For the first time in nearly a hundred years,” said NORML Political Director Justine Strekal, “hemp production will no longer be federally prohibited in the United States. This represents a significant and long overdue shift in US policy.”

Strekal went on to comment about what this means for the CBD industry:

“Nonetheless, future regulatory efforts will still be required to address emerging consumer issues when it comes to the commercial sale and marketing of certain hemp-derived products, particularly so-called hemp-derived CBD extracts. For years, many of the producers of these products have navigated in a grey area of the law — manufacturing products of variable and sometimes questionable quality and safety. Now it is time for lawmakers to craft simple benchmark safety and quality standards for hemp-derived CBD in order to increase consumer satisfaction and confidence as this nascent industry transitions into a legal marketplace.”

House and Senate lawmakers will now need to vote on the final language of the bill, and when approved, it will then be sent to the president for a final signature.

This is set to happen before the end of the year.

Are you as excited as we are? Pop open that champagne and leave your toasts in the comments section down below.